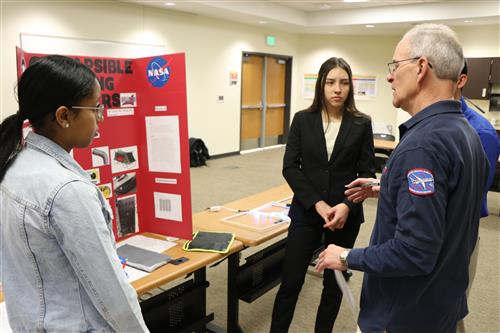 The far reaches of outer space don’t have immediate implications for most high school students.

For Olivia Leath, however, the mysteries of the far bounds of the cosmos drive her immediate plans and her long-term future. Leath, an 18-year-old senior at Eaglecrest High School, has long been fascinated and fixated on the frontiers that lie beyond the bounds of Earth.

Thanks to an innovative partnership between the Cherry Creek School District and NASA, Leath and dozens of her peers from high schools across the district don’t have to wait until college or graduate school to gain real-world, applicable experience in decoding the mysteries of the stars. Leath, along with her classmates Abikael Daniel and Ethan Peou, made up a CCSD team involved in this year’s HUNCH program, short for High school students United with NASA to Create Hardware.

The initiative saw the Eaglecrest team competing with other students to submit workable solutions to actual problems faced by astronauts aboard NASA crafts. Specifically, Leath’s team worked to create collapsible sleeping quarters that could be used in the International Space Station as a way to save precious physical space for astronauts bound to spend long months and years in the quarters.

“The most specific problem that we faced was the collapsible aspect of the project,” Leath said in between formally presenting the team’s project to NASA officials at the district’s Instructional Support Facility in February. “In the current ISS, the sleeping quarters are permanent. The station that we’re designing our sleeping quarters for is a much more confined space designed for long-distance space travel. The hardest part was thinking of how to collapse these quarters with lights, fans, all of their personal items and thick material designed for radiation protection and fire protection.”

Leath and her fellow Eaglecrest students joined teams from Cherokee Trail and Overland high schools for the Critical Design Review event held on Feb. 20. This formal presentation to visiting dignitaries from NASA’s Johnson Space Center in Houston, Texas, saw the high school students to offering detailed solutions to technical issues that astronauts and engineers face in everyday space flight. The students were competing for a prestigious and impressive top prize: the chance to see their theoretical project become a reality aboard a NASA craft.

“We have about 450 teams from across the country that we’re considering,” said Alli Westover, Project Engineer for the HUNCH program. “From there, we’ll narrow it down to 70 teams, and they’ll be invited to come to the Johnson Space Center in April to have a review with engineering staff and astronauts.”

This year, students tackled issues ranging from designing a radiation jacket to building a tool kit designed for zero-gravity environments.

“They have different projects given to them by NASA crew members,” Westover said. “We’re also starting to partner with different companies that are working on gateway projects,” she added, referring to companies like Lockheed Martin. “In the end, the idea is that we take the best ideas and hopefully we can get that tested and get them on the space station.”

The district has been participating in this partnership with NASA since 2011, and it’s yielded valuable experience and insights for dozens of students, including the Eaglecrest team that designed an experiment that headed to the International Space Station aboard a SpaceX Falcon 9 rocket and Dragon spacecraft in 2017. According to Richard Charles, the district’s director of STEM and Innovation, the partnership has provided a valuable route to real-world opportunities and a gateway to practical innovation for hundreds of students.

“The real value is in real-world application of problem-solving,” Charles said. “The NASA astronauts on the ISS give us a list of problems they’re faced with, and giving high school students the chance to tackle those problems has resulted in a number of products that have gone to space.” 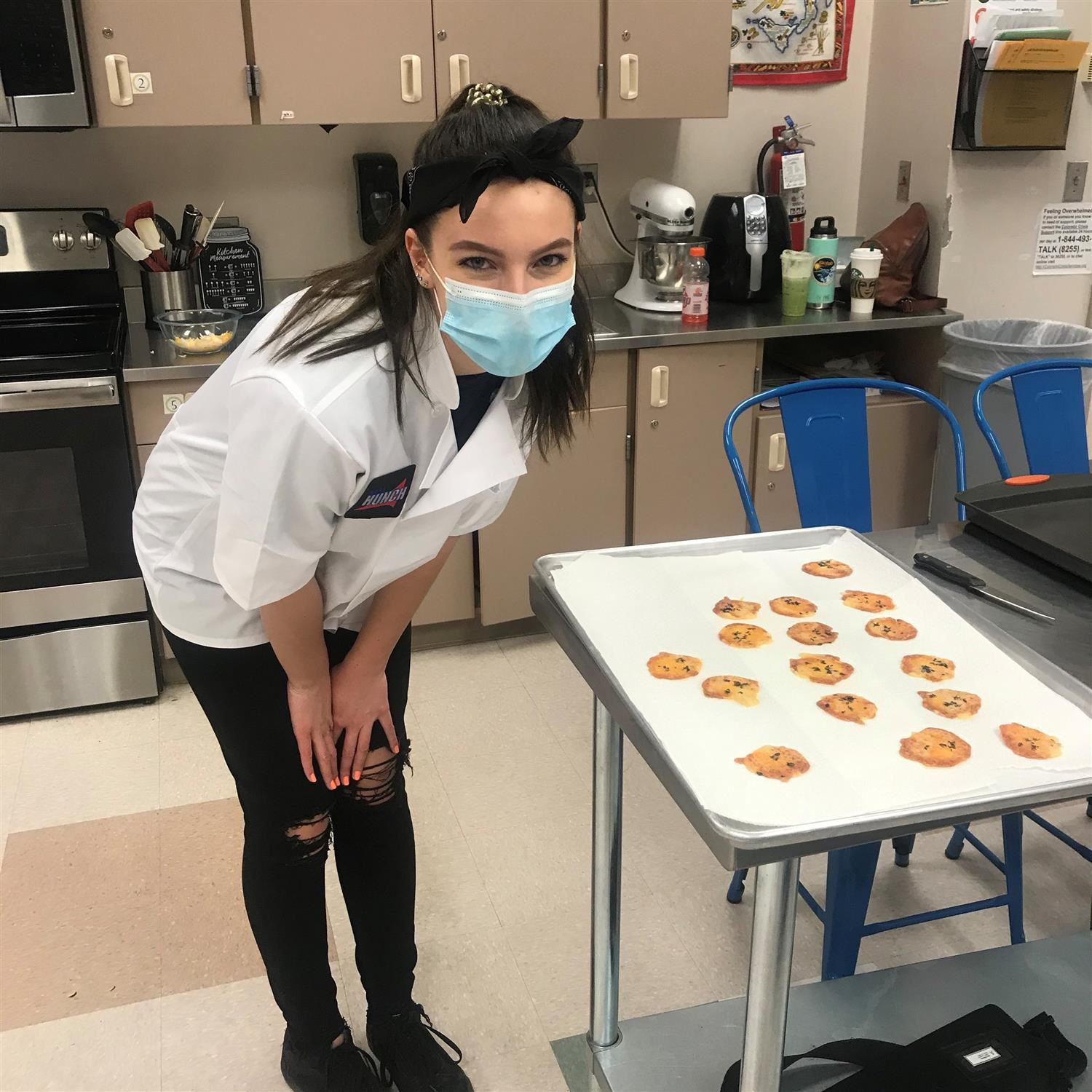 In a broader sense, the partnership gives students with an interest in STEM (science, technology, engineering and math) an immediate and immersive chance to build the cornerstones of a future profession.

For Leath, whose entire academic life has revolved around the stars, the chance to work with NASA officials before graduating high school has only served to solidify her plans to pursue a career rooted in science. Leath, who calls a post as a NASA engineer her “dream job,” has only one regret about participating in the Eaglecrest HUNCH program.

“I just wish I would have known about this program sooner,” she said.